September 12, 2019
Not to insult Charles Dickens and his work but today for Slick ‘n Griff was all about two lakes. I’d heard of Lake Louise and, to a lesser extent, Moraine Lake most of my life but Diana and I had never seen them until today.

First Lake Louise-this lake is the star of Banff NP, which is the star of Canada’s national parks. Lake Louise is magnificent with mountain peaks and glaciers surrounding it, a picturesque luxury hotel sitting at one end of the lake, and the softest turquoise water you can imagine. Here is a pic: 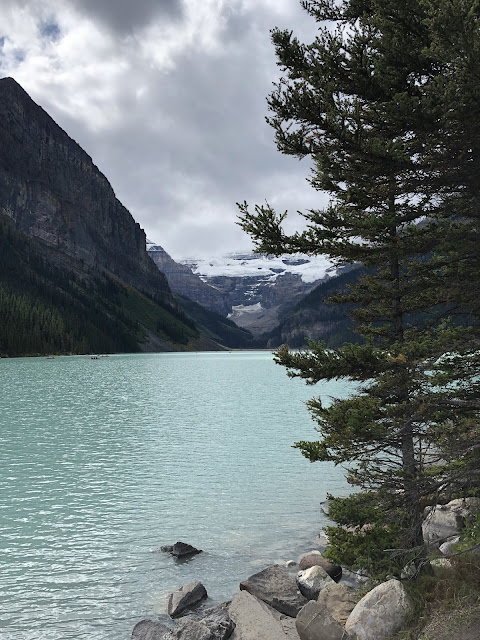 Popular doesn’t begin to define how many people are at LL. This lake is about 1.5 miles long and we had to hike the entire Lakeside Trail to find some solitude. Plus you can’t drive to either lake! We parked at an overflow lot and took a shuttle bus to both lakes.

The luxury hotel at Lake Louise is the Fairmont Chateau Lake Louise and is there only for the very well-heeled travelers. It’s location is almost beyond belief.

The second lake we visited isn’t as popular as Lake Louise but, IMHO, is even more spectacular! (If that’s even possible!) If you’re at LSC-Kingwood, go talk with Chris Martin and ask to see the postcard I sent him. That postcard isn’t photoshopped! It’s really that color! 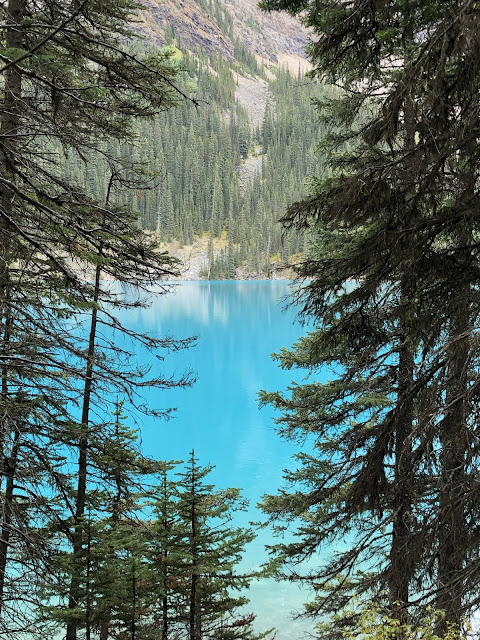 The way I see it, there are two differences between the two lakes. First, Lake Louise has that stately hotel sitting at the waters edge while Moraine Lake has only a small lodge near the water. Second, Moraine Lake has water that is unbelievably turquoise! I’ll put a couple of pics here when our connectivity is better. The water at Moraine Lake is DARK turquoise. Diana called the water teal or aquamarine. You can look at these pics but you might get better looks by Google Imaging Lake Louise and Moraine Lake.

After spending most of today at the lakes, we finished the day in Banff. It’s a cute little village but what really makes it is it’s location. Here’s a pic to illustrate that point: 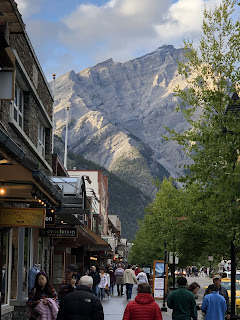