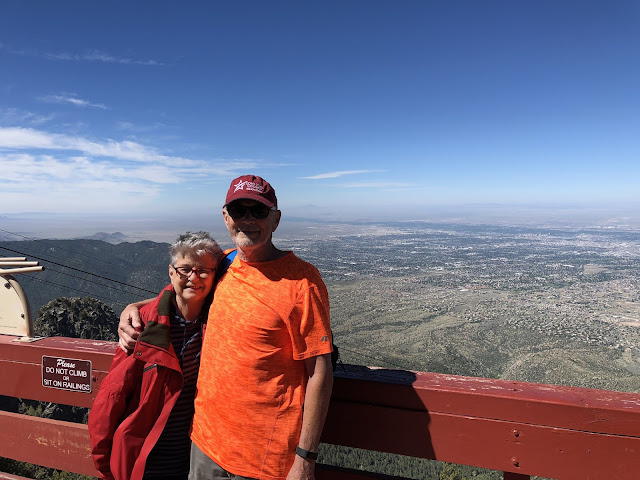 Diana and I rode the Tramway to Sandia Peak. We just barely got on the tram because the winds were too strong to make it safe. After spending an hour or so at the top, we got on the last tram down-again because of heavy winds. Here’s a pic of us on the observation platform with Albuquerque in the background.
I was going to post one pic of each place we camped so here is where we stayed in Albuquerque. Also, here is a pic of what happens when you drive your fifth-wheel trailer down I-40 at 70-75 MPH. The guy camping next to us had a blowout going that fast. Here is a pic of the tread on (off?) one of his trailer tires. 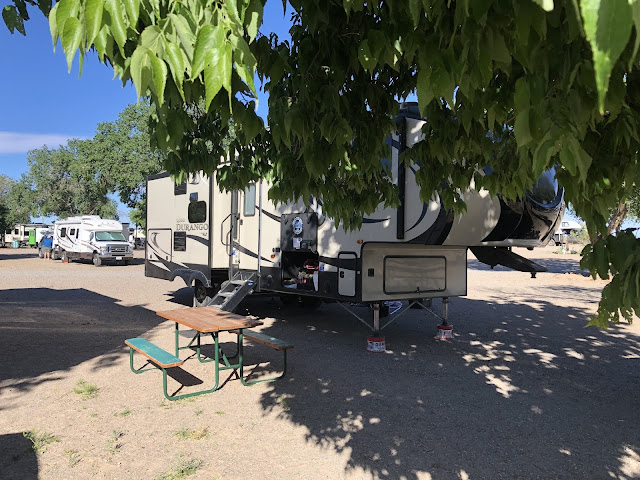 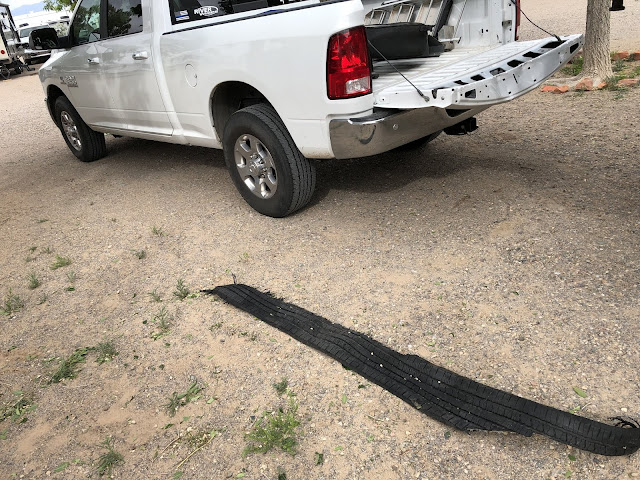 Yesterday we drove to Towaoc, CO and we’re camped at the Ute Mountain Casino Hotel Sleeping Ute RV Park. What a name huh? We walked over to the casino last night and only walked home a little poorer! I’m not a gambler but you’d better watch out for Diana and the slot machines!
Today we took the truck to a Nissan dealer in Durango for an oil and filter(s) change. It’s done for the next 10,000 miles.
We almost froze to death our first night in Towaoc-it was 37 degrees! Snow is still all over the place in the shade of the mountains. We stopped at a lookout at Mesa Verde and it sleeted on us for a couple of minutes. Yes, it's jeans and jackets weather!
We spent the rest of today and part of the night at Mesa Verde National Park between Cortez and Durango. Diana has 23,000+ steps on her Fitbit and I had a little over 21,000 steps so we’re pretty tuckered out tonight. We did a 2.8 mile hike around the canyons but it wasn’t just a normal hike! It was 2.8 miles of climbing up and down rocks, right-foot HERE, left-food HERE kind of hiking! Here are a couple of pics of the trail and the 900 year-old cliff dwellings. 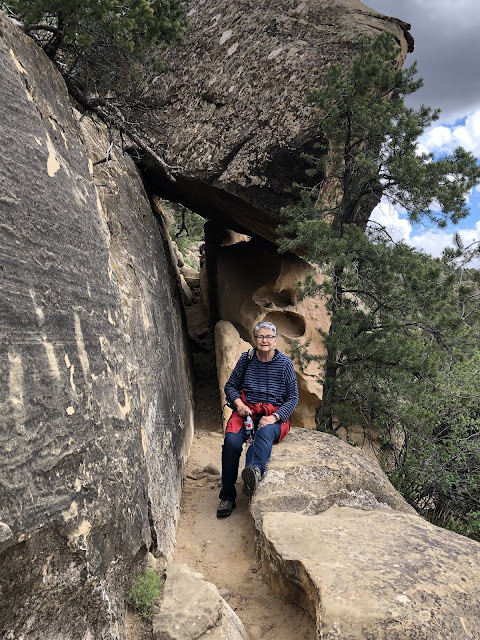 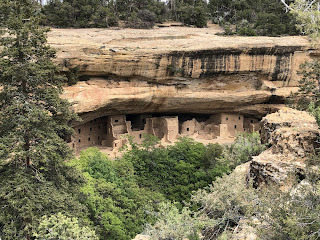 Today, Wednesday, we're headed up to Moab, UT. There are two national parks we want to visit near there. The more famous one is Arches NP while the other, Canyonlands NP, is near there. We'll be there a couple of days and then North toward Salt Lake City and Idaho!