September 03, 2019
Today we had some routine maintenance work done on the truck here in Prince George but, most importantly, PG has a Costco! Diana and I had Fine Dining Experiences TWICE today! The first time was pretty standard hot dogs and Diet Pepsi’s . . . . and they are still $1.50 even in Canadian currency. Our second FDE at Costco was really exceptional. Diana had chicken strips with french fries and I had Poutine. Just WHAT in the world is Poutine? My bride had to explain it to me but it’s French fries with cheese curds and brown gravy on it. Weird huh? Here’s what it looks like: 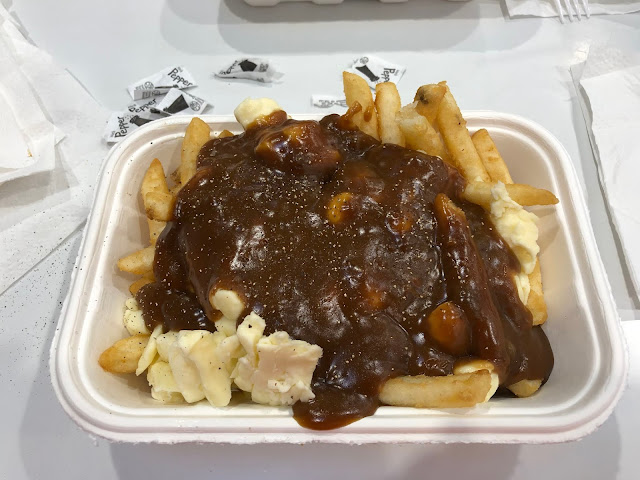 Not bad but I wouldn’t want a steady diet of Poutine. We also saw a family in Costco that made a huge mistake! You know those huge stuffed bears Costco sells? Well, this family bought three of ‘em-count ‘em! THREE! 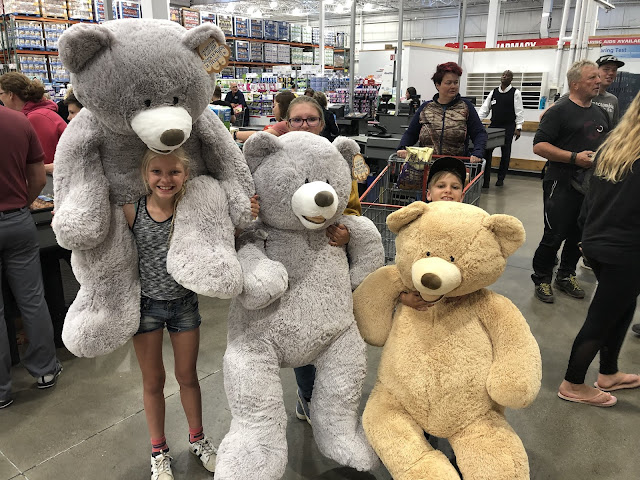 We bought two of these for Claire and Ryan a few years ago and drove them home to Kingwood. I mean we drove tenement home! We put them in the backseat of the Avalon with seatbelts on and had lotsa waves (and weird looks!) driving from Sara’s near Lewisville to Kingwood.

We tried to make campground reservations for Jasper NP from tomorrow night (Wednesday) to Sunday but the only campground we could find near Jasper 1) is 40 miles from Jasper and 2) could only get us in Thursday through next Monday. Busy place.