September 20, 2019
We’ve been following the weather in Houston and remain concerned about the flooding. It seems that some parts of the Kingwood area are getting flooded even though they didn’t flood during Harvey. If you’re in Houston, stay home and avoid any high water!

Today we drove from Mt Vernon on the mainland, on to Fidalgo and Whidbey islands and then took a short ferry trip to Port Townsend. We liked Anacortes, weren’t impressed with Oak Harbor, found Coupeville adorable, and Port Townsend very historic. Not only is Port Townsend full of historic building and Victorian homes, we saw 12 deer in the city limits!
Here’s a pic of my Bride by a slice of a 970 year-old tree: 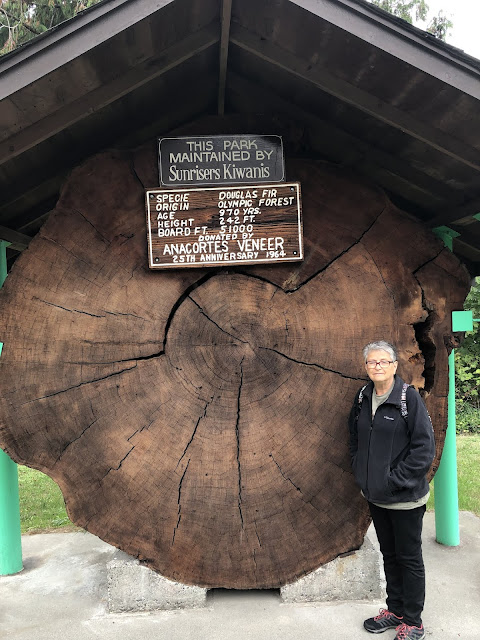 The ferry trip from Coupeville to Port Townsend was only 35 minutes so it didn’t compare to the almost two day trip on the Alaska Marine Highway System. Here are Diana, the truck, and camper on the ferry: 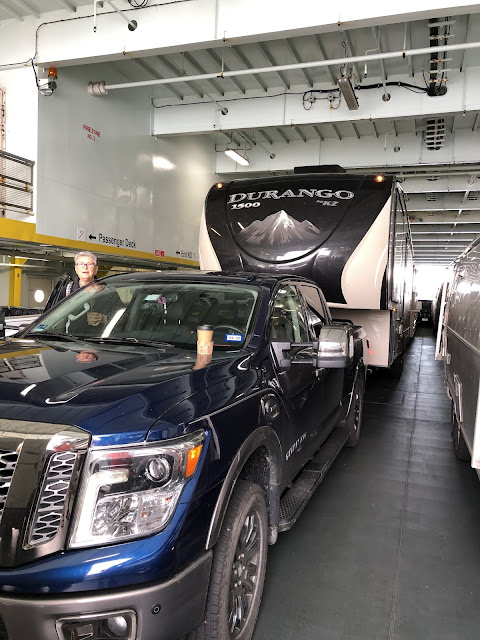 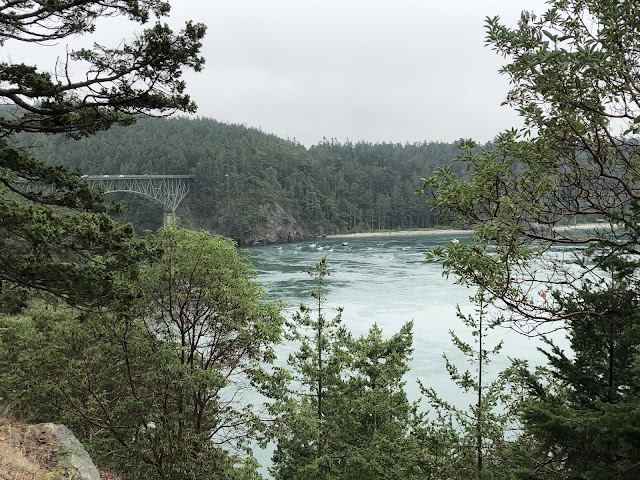 We drove through Fort Worden State Park which was a military installation until 1953. There was a movie “An Officer and a Gentleman” that was filmed there. It stars Debra Winger and Richard Gere. We looked through the collection of DVDs we brought with us, found it, and watched the movie last night.