September 10, 2019
Today we drove from just outside Jasper NP, through Banff NP, to our home for the next week-Kootenay NP. It’s not that big of a deal to drive in the rain as long as you slow down and watch even more for erratic drivers. But we’re going down the road with about 8.5 tons-about 17,000 lbs-so a lot of caution has to be used.

The most annoying part of a rainy day is hooking/unhooking the camper to the truck. Doing that in the rain isn’t fun at all! We’ve had to hook up in the rain and unhook in the rain but this was the first time we had to do both on the same day! The rain stopped for 3-4 in the middle of the day so it wasn’t all bad. Speaking of the middle of the day, we spent a while at a place called Icefields Centre (complete with the British spelling!). It’s just below the Columbia Icefield that spawns dozens of glacier in the central Canadian Rockies. Standing at the Icefields Centre, we could see five glaciers making their way down from the icefield. We tried to take pic of them but no one pic could include all of them. Instead, here are two pics of the drive down here: 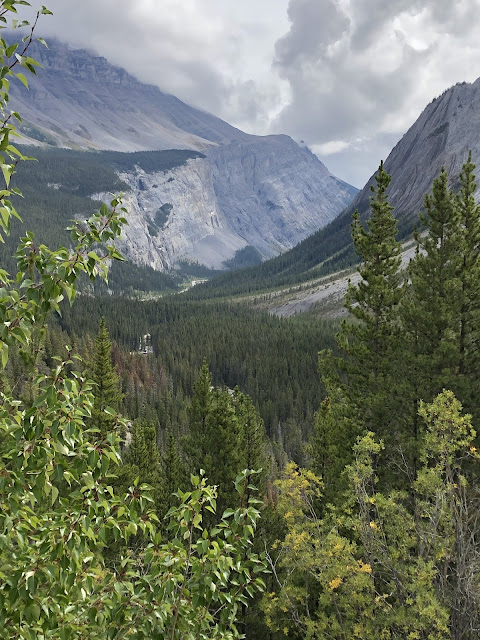 I can’t emphasize enough how routine these places are-these pics were taken with an iPhone at a run-of-the-mill roadside stop. 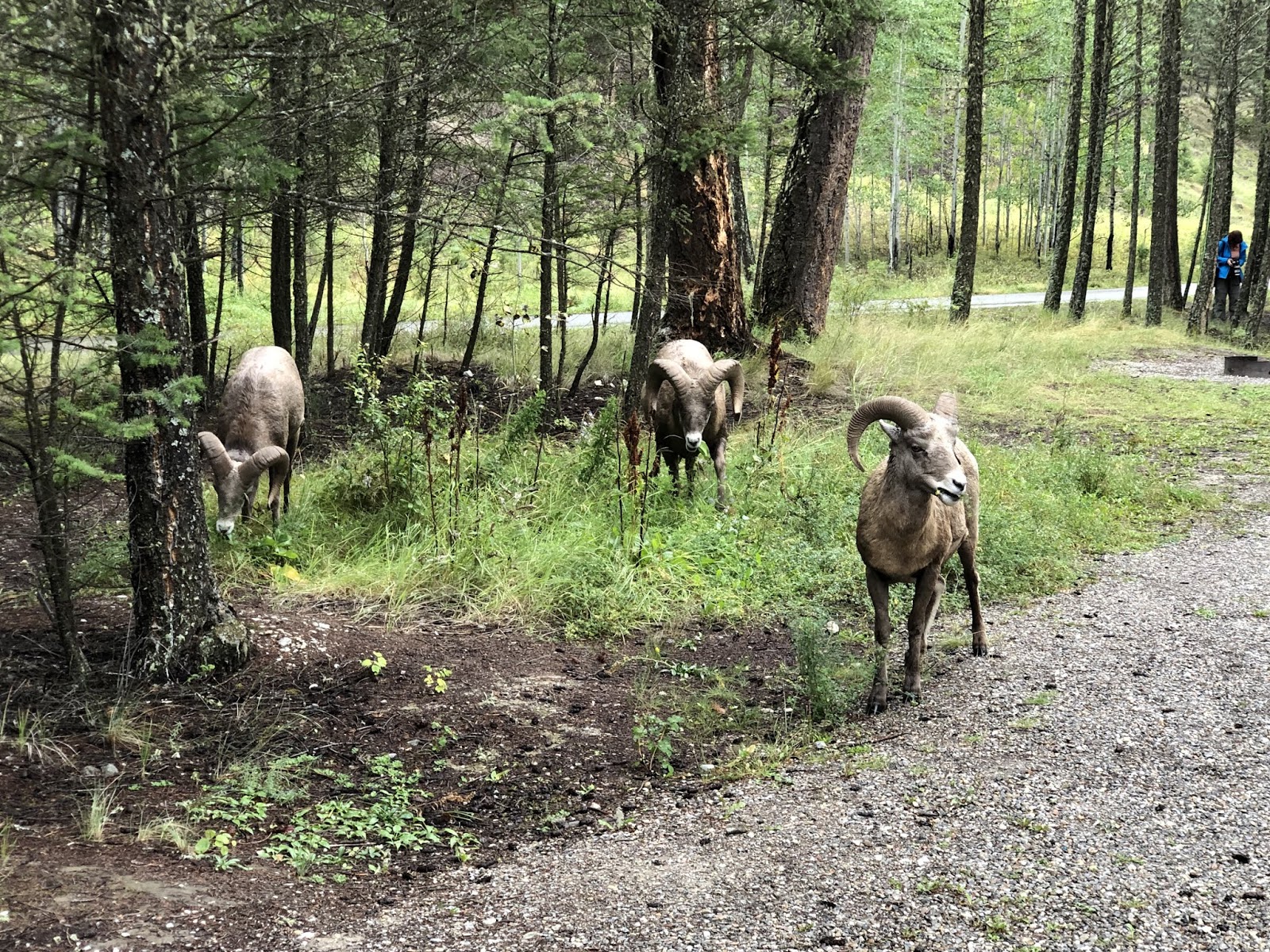 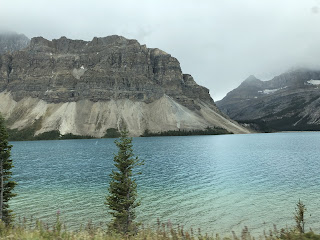