All we did on Friday was REST! We hooked up on Saturday and headed down the Seward Highway and Turnagain Arm back to Mt Alyeska. We noticed a sign in the ski area parking lot that overnighting there was allowed for a small fee. Here’s a pic of where we “camped.” 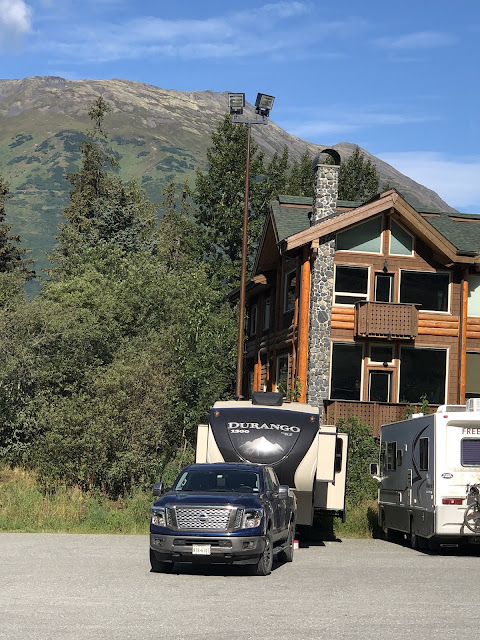 Uh, we were in the RV-NOT the expensive condo behind us! With no hookups, we used the generator to make electricity for coffee and it all worked out fine. A very different experience!

We took a drive to a little village called Hope because we heard it was a cutesy little town. On the way there, we stopped and ate lunch on the banks of Six Mile Creek. Here’s a pic: 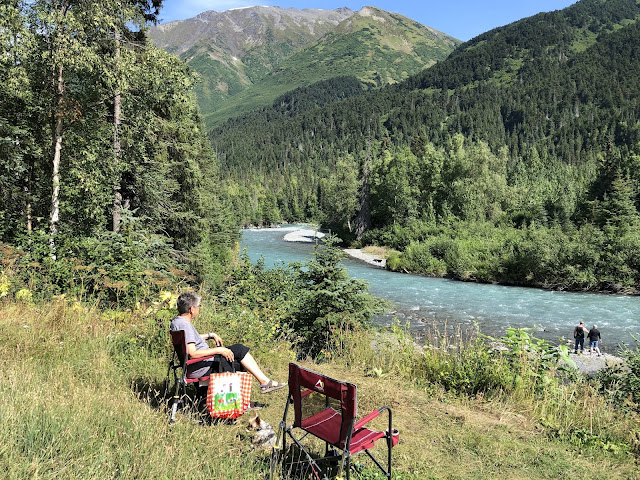 We got to the kinda run-down city of Hope and saw the most astounding thing ever! As we walked up to the edge of the creek, we saw most of the people fishing were catching and releasing pretty good sized fish. I mean, they were catching and releasing a LOT of fish! We asked one of them why and they explained that the fish were “pinks” or “humpy” that aren’t good eating at all. We walked close to the bank and saw THIS: 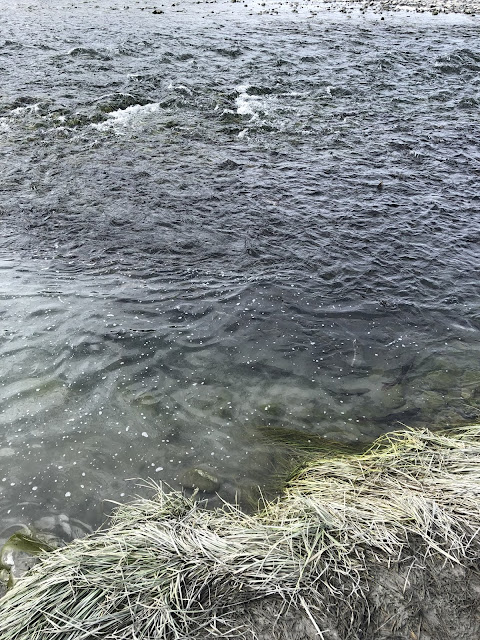 You might have to enlarge this picture to see what I’m describing. The thick dark areas in the water ARE Salmon swimming upstream to spawn! You can also see ripples in the top of the pic where the Salmon are swimming just slightly below the surface. We first thought the dark areas were rocks on the bottom of the creek but then we saw that they were swimming! Amazing!