July 25, 2019
The last three days have been full of museums and preparation for Sara and the kids getting here. We’re very excited about seeing them! Their plane lands at 6:35 PM today and it has taken us two days to fully prepare.

Before the preparation, there were two museums we hadn’t visited. There are two museums devoted to the native cultures. One costs $21.50 per person and the other one is free. It doesn’t take a genius to figger out which one we visited! The second museum that day was the Anchorage Museum. It also contained a lot of information about the “First People” of Alaska, as they are called, but also went a lot deeper into all things Alaskan.

The museum has a special display on the “Franklin Expedition” and it was very interesting. It seems that two British Navy ships left London in 1845 to find the Northwest Passage to the Pacific Ocean. It seems that they almost completely disappeared from the face of the earth in spite of numerous attempts to locate the ships. It wasn’t until 2014 and 2016 when the ships were found in far North central Canada having spent two winters locked in the ice. Pretty interesting stuff! It’s amazing what mankind can accomplish with such advanced technology!

I’m glad Houston got a break from the brutal summer heat grabbing most of Texas. Our first two days in Anchorage, about two weeks ago, had high temps in the 80’s but all that has ended. The highs have been in the 60’s and 70’s since then! (Not to rub it in too much!) the electric blanket was turned on last night so we’re back to typical Alaska weather. 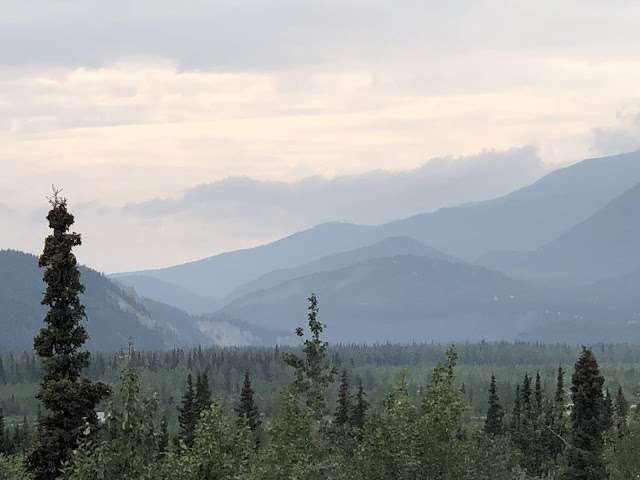