July 12, 2019
Today was an interesting day. We started off making a reservation for an excursion when Sara, Claire, and Ryan are here. It’s a surprise for them so I’ll fill you in on the details in about two weeks. While we were downtown, we visited the Visitor Information Center pictures below: 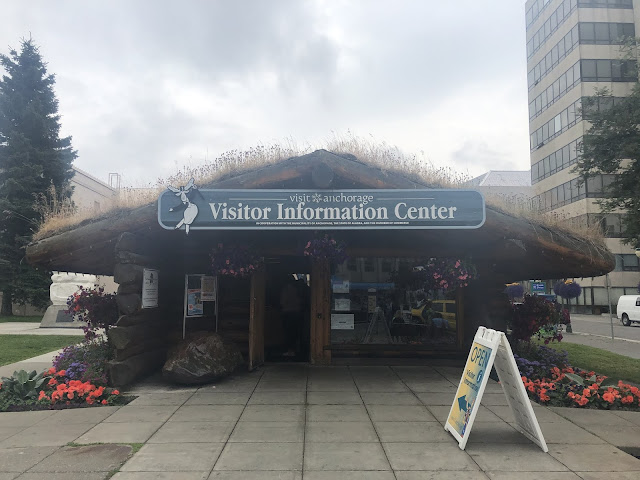 Before you ask, yes, there is dirt on the roof with plants growing on the roof. The natives here tell us that type of roofing is the best insulation against the brutal winter weather here. I was looking at a picture of this building made in 2012 and the lady who worked there told me there was 132 inches of snow in downtown Anchorage that year. I’m not a mathematician but I believe that’s 11 feet of snow! Anyway, a local resident snowshoed there and took the following pic. It’s not very clear because it’s a pic of a pic but you can still see two moose standing outside the building smack in the middle of downtown Anchorage! 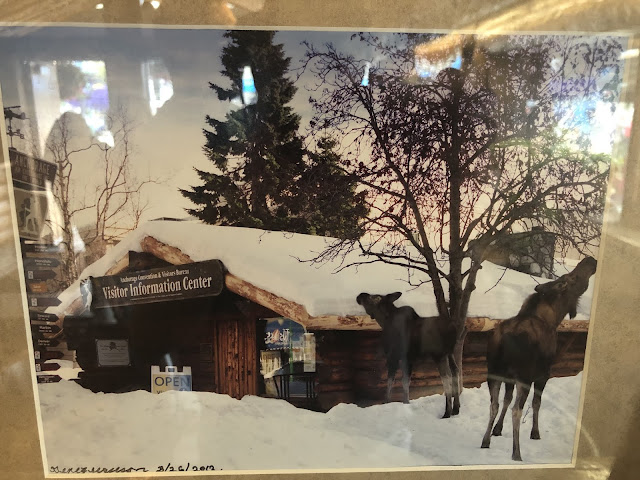 Speaking of moose, we looked up and found the most likely places to see moose in the city limits of Anchorage. We drove to Kincaid Park, hiked 14,000-17,000 steps.and saw THREE MOOSE in the park! We saw one driving into the park: 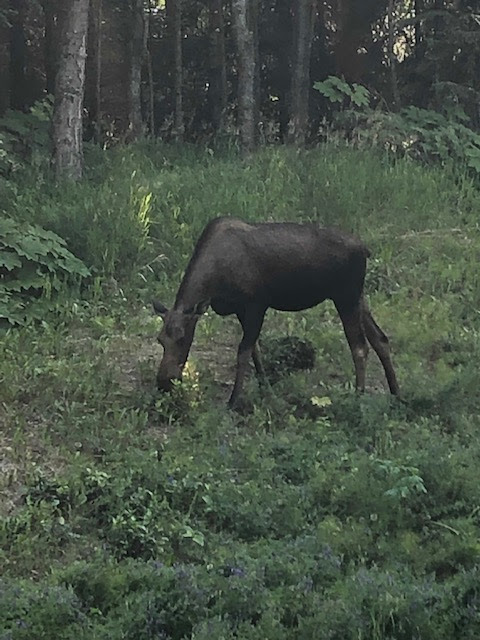 Here is the pic of the second moose we saw in the park: (Diana and I plus 10-14 people walked within 15 feet of this male yearling as we went down a trail toward Kincaid Point. 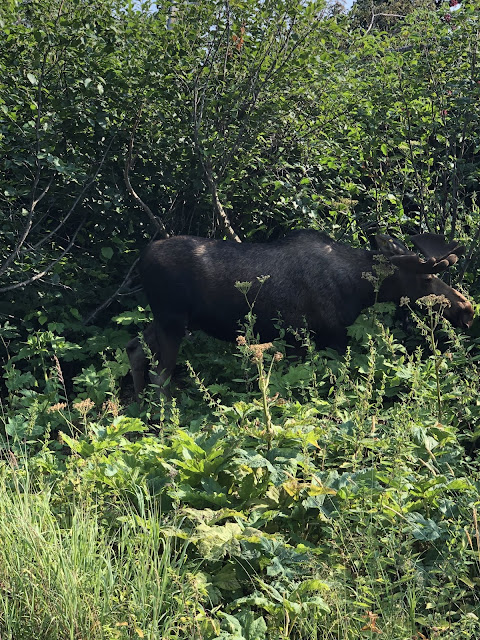 We went about a mile on the trail until we had a good look at Cook Inlet and turned around to walk back. Guess who was snacking along the side of the trail? We walked within 10 feet of this mature male: 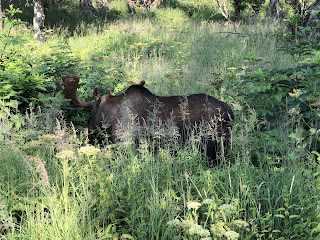