October 25, 2019
We had been to Redwoods NP several times in the past but seeing this gigantic living organisms never fails to make you feel like an ant living in a world of humans. These are the tallest living objects on earth! This first pic isn’t the biggest tree but it’s one of the most convenient to locate. You may have to enlarge the pic to read some of the details about this tree but it’s worth it: 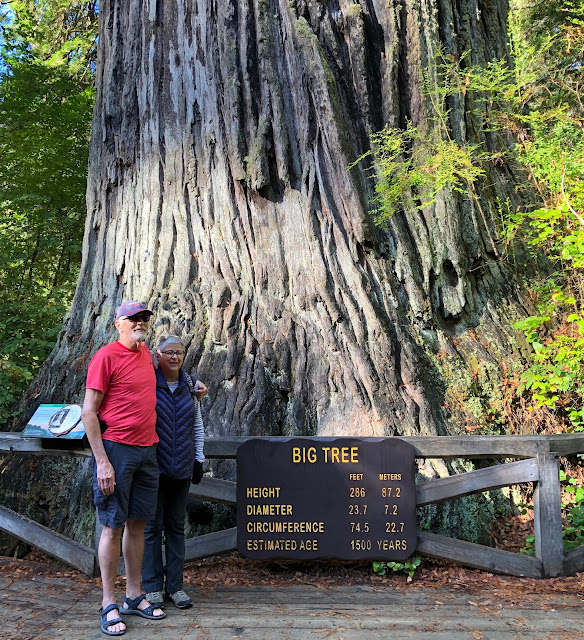 Here’s ANOTHER pic of Diana near the root system of a redwood that fell during a windstorm (it seems that redwoods have no taproot and the spreading roots don’t penetrate deeply into the earth): 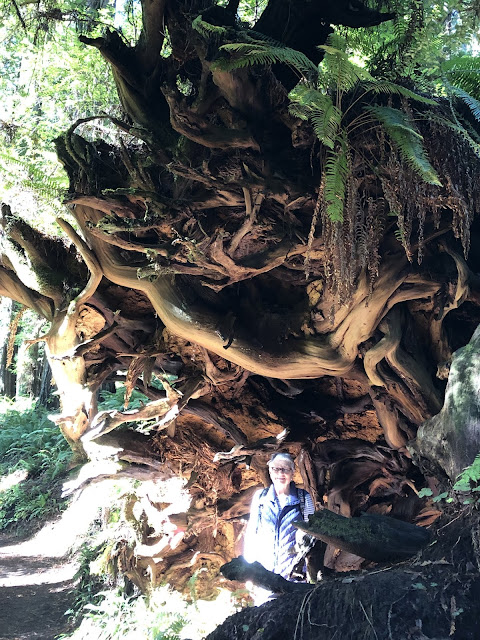 The trees seem to grow in groves so here’s a sky-ward pic of a few of the tall-as-a-30-story-building monsters: 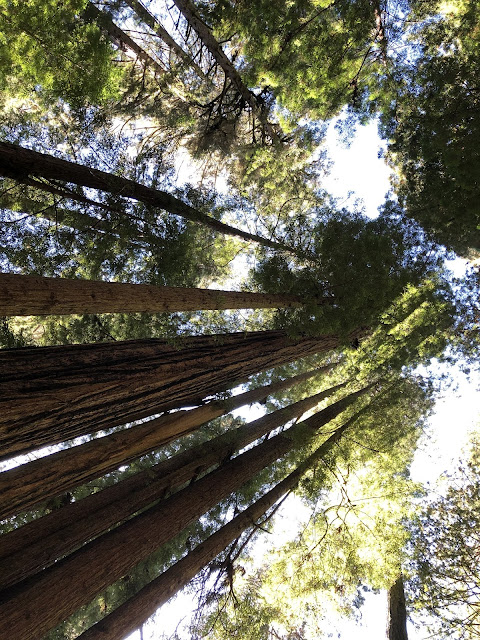 We finished hiking and took a coastal one-lane road to the mouth of the Klamath River. There we saw the most astounding things taking place. We think there were 30 or 40 seals swimming up and down the river in hot pursuit of the salmon. The King Salmon were, of course, following their instincts to go upriver to spawn. We saw probably eight seals catch their salmon by separating them from the school and chasing them along the shoreline. The second thing we saw that was really unique was that the native people, the Kurok Tribe members do not have a salmon limit because they are natives to the Klamath River. The last thing that was out of the ordinary was HOW they caught the salmon. They didn’t use bait or lures. Oh, no, they run along the banks of the river and try to SNAG the salmon! It’s hard to see in this pic but it was really strange! 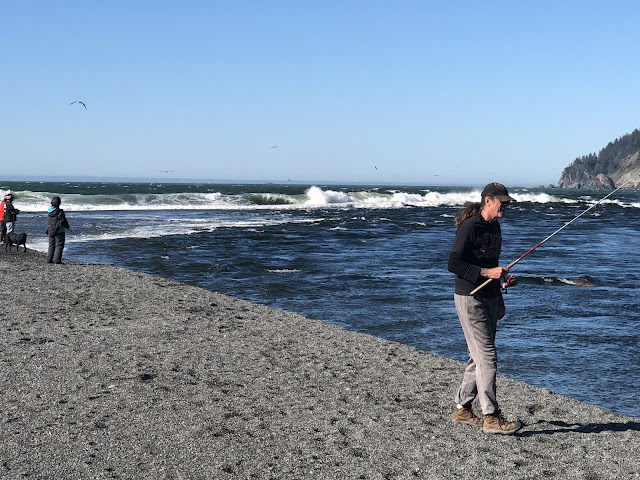