October 27, 2019
We’ve been going TO the Pacific Ocean and AWAY from the Pacific Ocean for months now. Today we left the PO for what may be years. We’re headed roughly South now to escape the snow that’s coming. Then we’ll spend the winter going from West to East across the Southern states. Early Spring next year will have us following Spring North up the Eastern Seaboard to the Maritime Provinces of Eastern Canada. We don’t speak any French but we’re going to brush up on conversational French since French is the predominant language spoken in Eastern Canada. Canada IS officially a bi-lingual nation.

Anyway, here are our parting shots of the Pacific shoreline: 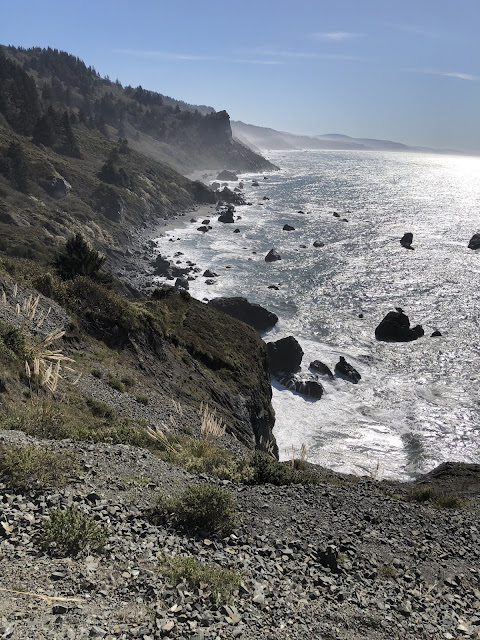 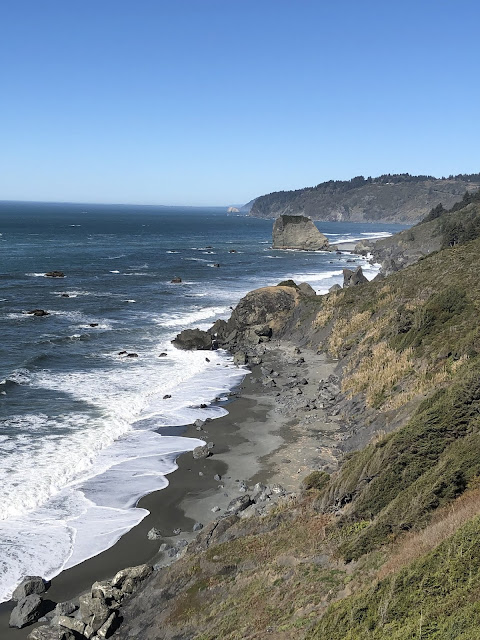 Going East from the Pacific Coast Highway (US 101), we chose a small highway to Red Bluff on I-5. We thought it would be a nice cruisin’ 45-50 mph. The key word there was THOUGHT because it turned out to be a 20-25 mph road just full of switchbacks! That slowed us down a lot and then we ran into a construction zone where traffic was completely stopped for almost two hours! We parked on the side of the road, pulled out our awning, and sat in our lawn chairs until the road cleared. These delays meant it got dark before we could get to Red Bluff. We sure didn’t want to drive that very curvy road in the dark. The National Forest campgrounds are closed so we were out of choices to spend the night.