September 06, 2019
We’ve been in British Columbia since last Friday and loved every minute of it. BC is neat, clean, and has very friendly people who are proud of their province. We were still in BC, but approaching Alberta, when we came to Robson Provincial Park. Its star is, of course, Mt Robson which is literally right alongside the highway through the park. Here’s a pic Diana took of it as we drove through: 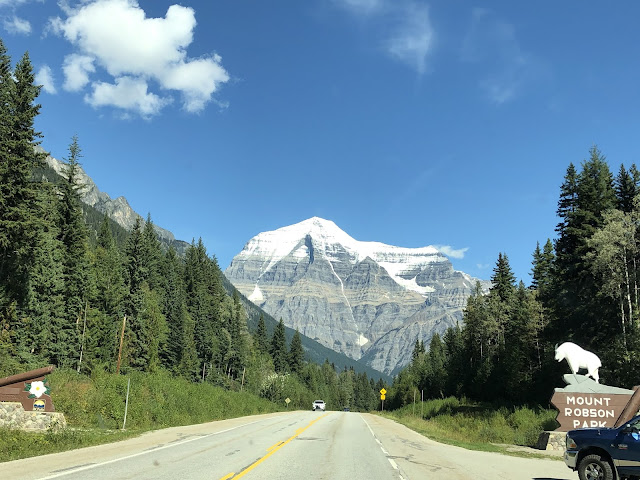 We didn’t stop in the park’s Visitor Center because we were pulling the trailer and that is not a pretty sight when you drive a 35 foot long trailer into a small parking lot! I was amazed that we could see the summit so clearly while just driving by.

We couldn’t get a campsite inside JNP because they were full so we’re about 3 miles outside the park near the small town of Hinton, Alberta. Oh, here’s another pic Diana took as we drove through the edge of Jasper NP: 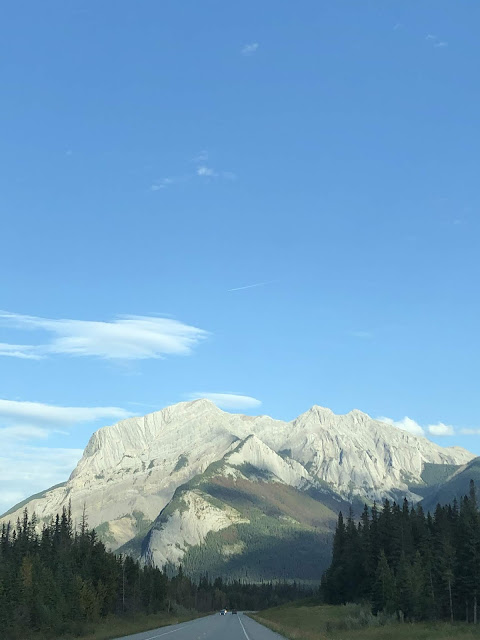 This mountain formation amazed me because of the three different directions that the sedimentary flows on the mountain. Some of it flows vertically, some flows SW to NE, AND the large rock lower on the mountain flows in an almost circular direction. I’m not sure I’ve ever seen that in my entire life!

We’re settled into the Jasper Gates RV Park and ready for 3-4 more days of exploring JNP.  The Canadian Rockies are a gift!