September 22, 2019
We drove out to the 4.5 mile Homer Spit in Alaska but you have to walk the 5.5 mile Dungeness Spit.   We didn’t walk to the end because there isn’t even a trail to the end. We walked about 3,000 steps out and that many back. Here are a couple of pics of Diana with some of the driftwood trees that have washed up on the spit: 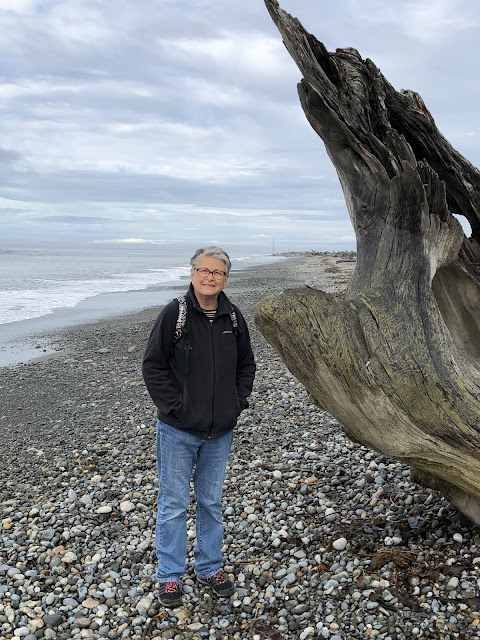 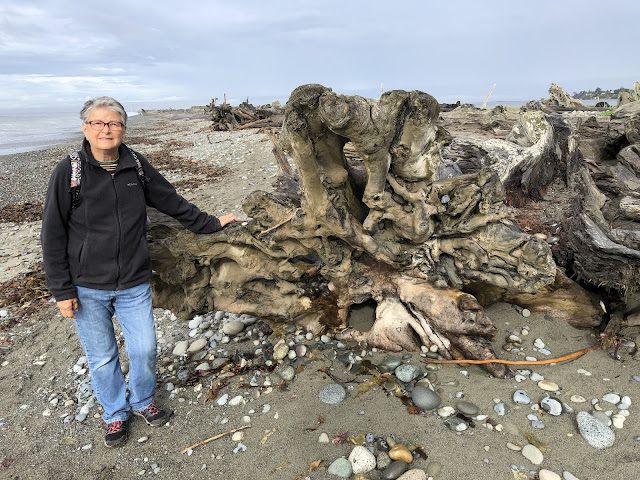 When I see driftwood like this on the shore, I always wonder where it came from. Did it float down from Canada or Alaska, float up from OR or CA, or did it cross the Pacific Ocean and float all the way from Russia, Japan, Korea, etc? BTW, this is a part of the Pacific but it’s actually the Strait of Juan de Fuca. The strait separates the Olympic Peninsula from Vancouver Island, BC, Canada. That’s why you can see Canada and the mountains on Vancouver Island from along the North Coast of the Olympic Peninsula.