September 01, 2019
Well, we hadn’t either until we drove through here last night! Moricetown is VERY small but has a nice campground built and operated by a tribe of local indigenous people. It’s a nice campground except for the wi-fi. It’s painfully slow and completely unreliable. Here’s a pic of our campsite here: 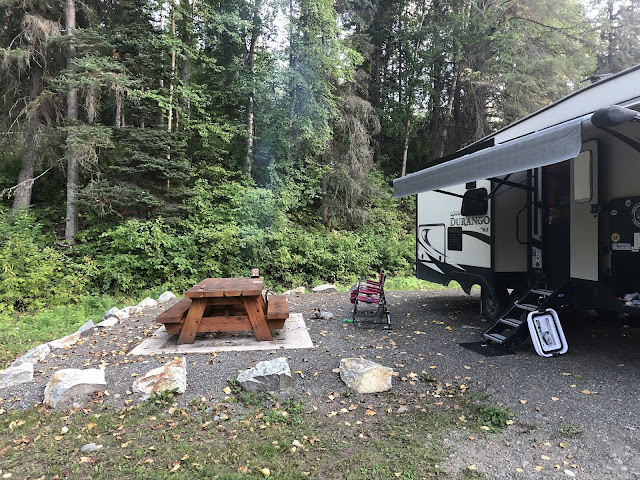 We stayed here two nights because it was neat and clean. There were two German couples camping near us that had rented small class C RVs and were touring BC. One of them was very fluent in English while the only German we speak is “Volkswagen” and Sauerkraut!” Speaking of Germans, I wonder if there are any Germans left in Germany! Probably 80% of the international tourists we met were German. Everywhere we went we talked with Germans visiting Alaska or Canada!

Oh, I almost forgot there was a small canyon near Moricetown that we walked to. There was quite a Salmon fishing operation there-notice I didn’t call it a Salmon CATCHING operation! Here’s a pic of the small canyon with the water and Salmon rushing through it: 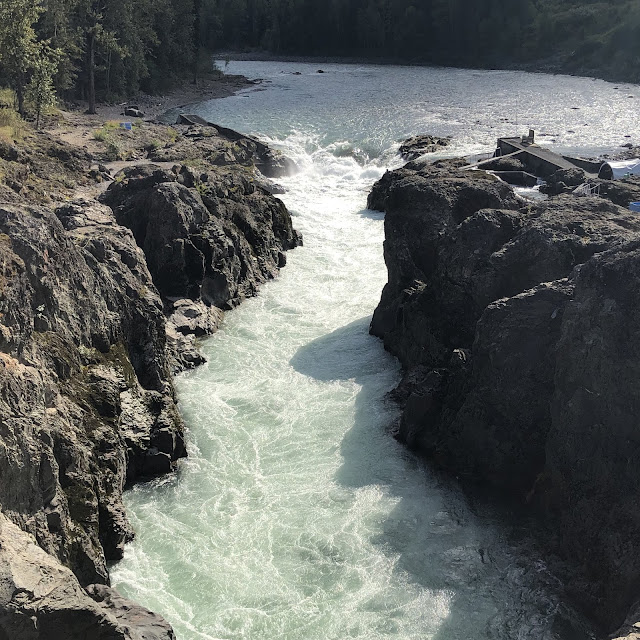