September 22, 2019
We got to Sequim (more about this in a minute!), set up the camper, and spent the afternoon in Olympic NP. First, two things about this unique little town on the Strait of Juan de Fuca. 1) the name is pronounced ”Skwim,” NOT “See-Squim.” 2) while the Pacific NW is notes for receiving huge amounts of annual rainfall, Sequim receives only around 20 inches of annual rainfall. Why? Well, it’s been explained to me that Sequim sits in a “rain shadow” of the Olympic Mountains. Wind blows the storms off the Pacific but are blocked when they hit the Olympics. Makes sense to me since the Olympics rise over 9,000 feet from sea level on the Strait!

We stopped at a Wally World and saw an example of how fanatical Seattle Seahawks fans are about their team! 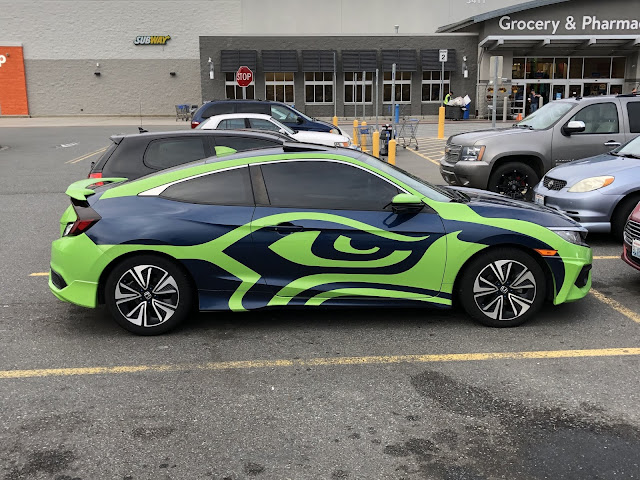 We drove up to Hurricane Ridge in the park and had a unique experience. It was cloudy but dry in Port Angeles (the largest city on the peninsula) so we thought the visibility would be limited at the top of Hurricane Ridge. Man, were we wrong! We drove through the cloud cover over Port Angeles on the way up and it was bright and sunny above the clouds! This first pic is of Port Angeles in the foreground, the Strait in the middle, and Victoria, BC, Canada in the distance: 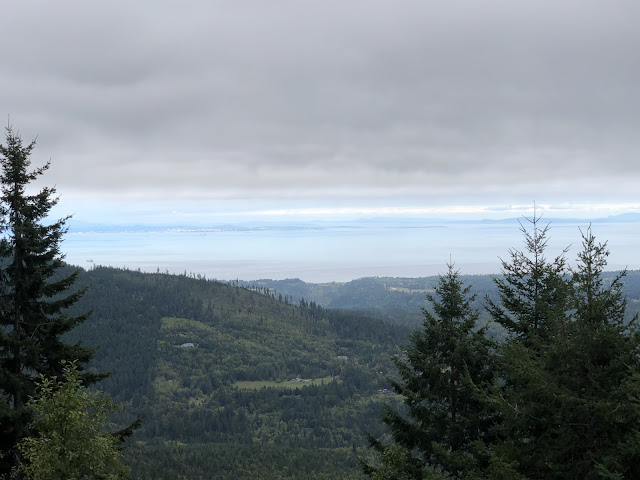 Here’s a pic of the clouds settling into a valley below Hurricane Ridge: 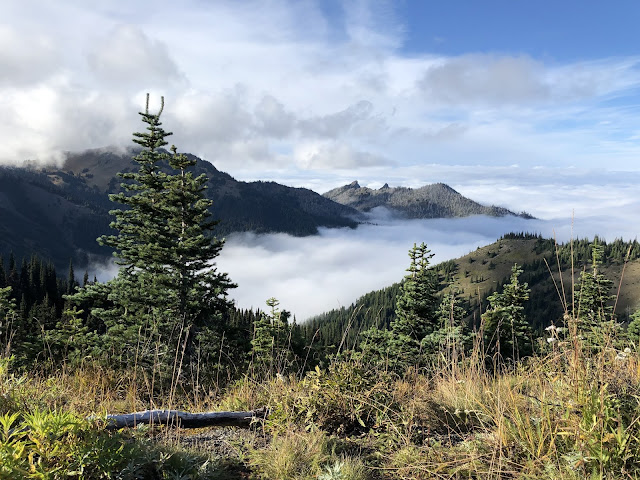 We were sitting on the deck of the Visitor’s Center listening to a Park Ranger give a talk about deer in the park and guess who shows up right on cue: 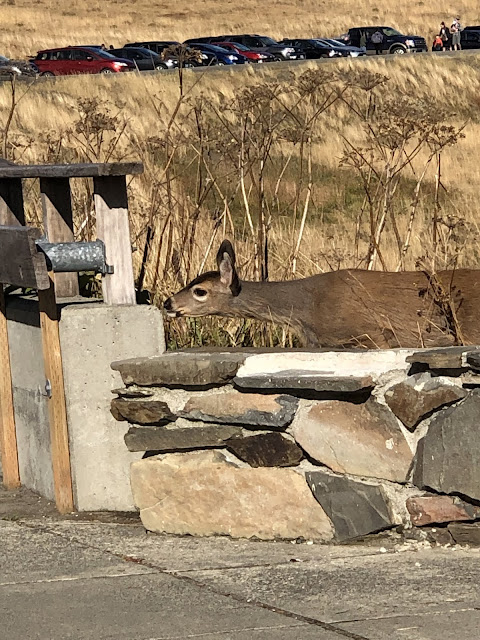