August 21, 2019
No, we’re not back in the USA but we’re not in Alaska either. We drove from Glennallen, AK to Beaver Creek, YT. We’ll be back in Canada for two days before going back to Alaska. HUH? You have to look at a map of Alaska, Yukon, and BC to understand the geography and the roads up here! Tomorrow we stay in Yukon all day but leave Yukon for BC on Thursday. Then we reenter Alaska later that day for Haines, AK. Sound confusing? Yes, it’s hard to keep up with Canadian vs US dollars, liters of fuel vs gallons, and kilometers per hour speed limits vs MPH speed limits!

Here’s a pic of my Bride of 48 years with Soo Young when we reentered the Yukon Territory: 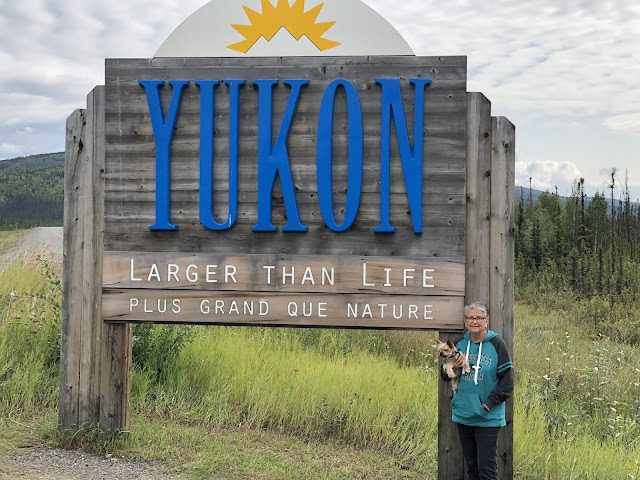