We slept a little later because yesterday was such a looooong day. We decided to spend today exploring the unique attractions Anchorage has to offer. The first place we went was to Saturday Market. It’s a scaled down version of Saturday Market in Portland but still full of different types of businesses. You can tell it was chilly by the jackets, hoodies, and hats everyone is wearing in this pic: 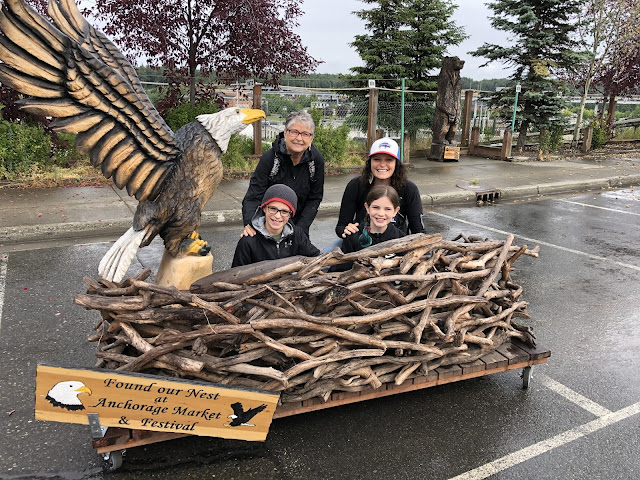 From there, we HAD to go to Grizzly Bear Gifts which is a Junque Joint which shatters your senses when you walk in! Sara and the kids just had to see that place! 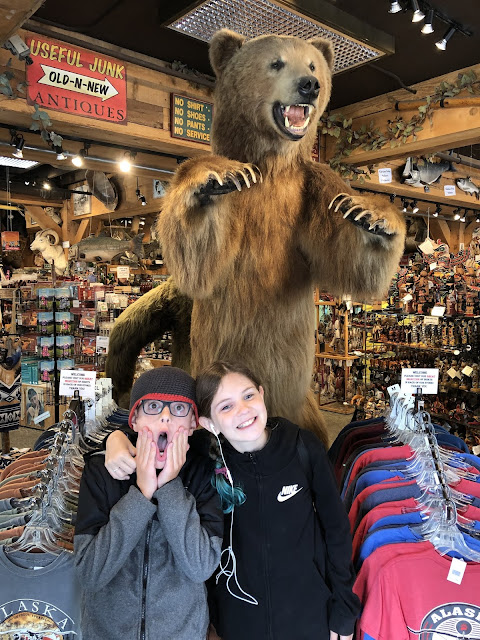 The next place we went was Lake Hood that I mentioned a couple of weeks ago. I’ve since read that it’s the largest floatplane base in the world. With the size of Alaska and the fact that so many people live where there are no roads, it’s understandable that the floatplane base would be so busy.

Then it was off to the Alaska Wild Berry Products Company-this is the place with the chocolate waterfall. Here is a pic of Diana, Sara, Claire, and Ryan in front of the sign: 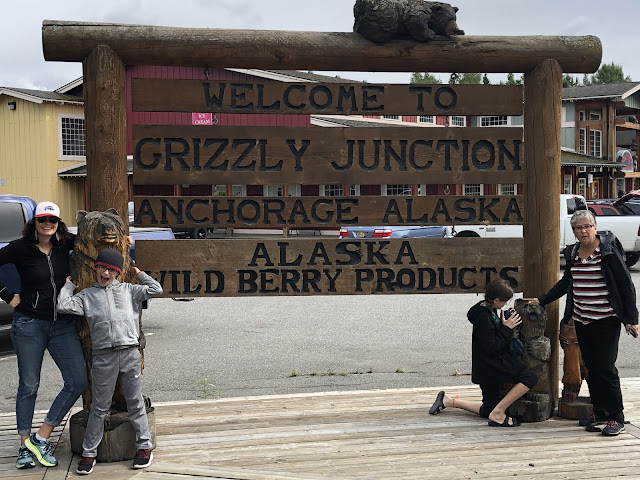 It was early evening by this time to we headed home? NOPE! We had to go to Kinkaid Park again! Diana and I had been there twice before and seen moose along the trails each time but this time, we struck out. The moose must have known that we were coming and they stayed deep in the forest. Well, there is always hope for seeing wild animals on the way to Denali tomorrow and then inside the park. Let’s hope!