August 24, 2019
Diana woke up this morning and decided it was time for a good breakfast so it was! How about hash browns, biscuits with gravy, scrambled eggs, and sausage. No, it wasn’t reindeer sausage! But it was a very good breakfast! BTW, Diana does almost all the cookin’ And I do almost all the cleanin’!

We found a nice 2.4 mile hike called the Battery Point Trail. It was a little long for us today so we went as far as Kelgaya Point which shortened the hike to 1.2 miles each way. Here are two pictures of the trail. What do you think of a trail like this through an old growth rainforest? 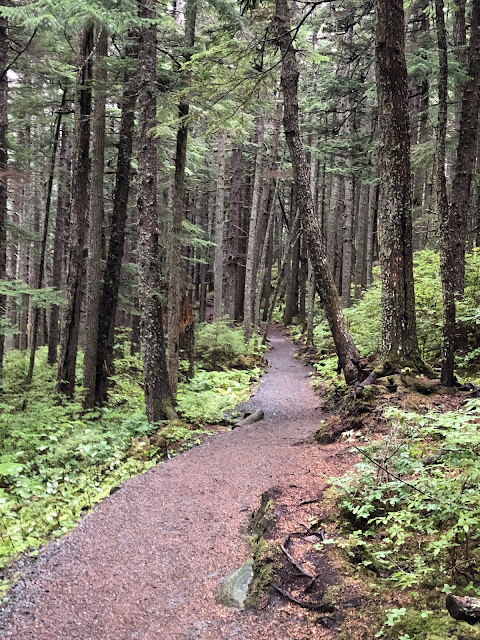 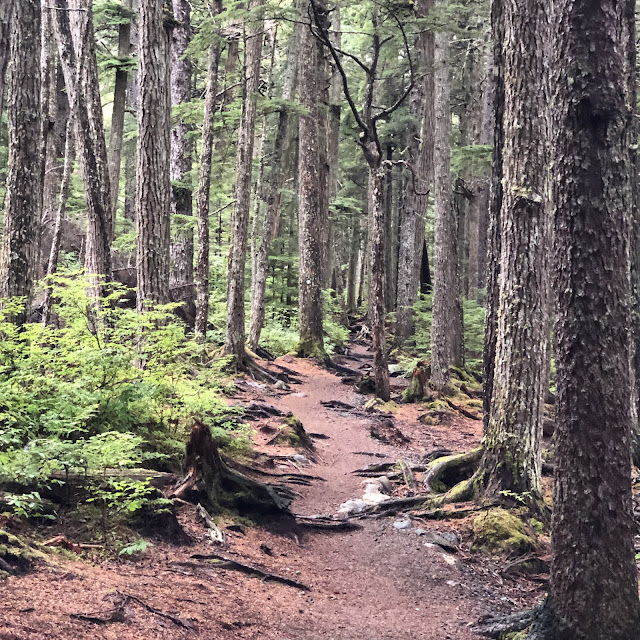 We were having a great time hiking along listening to the nothingness of the forest when we met a woman walking with her dog. He is a 156 pound Great Malamute names Gooch. Here’s a pic of Diana with Gooch and this IS a really big dog: 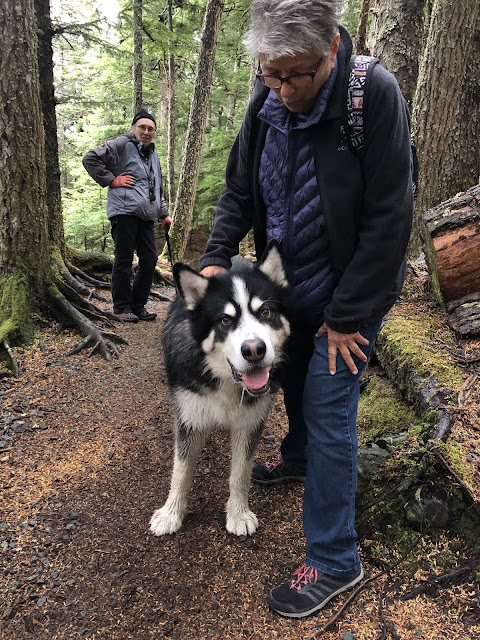 Yesterday we saw a bear catch a Salmon in a river. Today we saw a Bald Eagle flying with a Salmon in his claws. Diana got this pic but the Eagle was too far away and flying too fast to get a good pic. 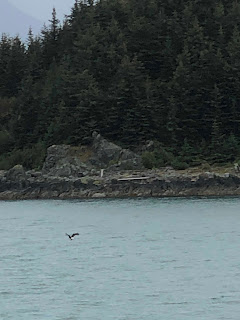 You’ll have to enlarge the pic to be able to see the Salmon but it’s there! We got out to the point and this pic jumped out at me: 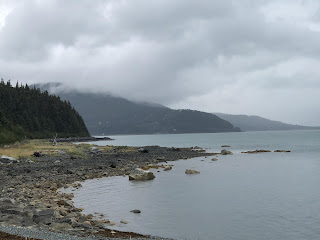