August 26, 2019
I’ve been writing this blog title for the past 20 years so it’s a habit that hard to break! The only work I did today, as my first semester as an adjunct, was to check my school email and sent my syllabus to Terri.

The rest of today, Diana and I explored more of Haines. The first place we went was the the Alaska Marine Highway System ferry terminal here in Haines. A camper two units down from us was taking the ferry up to Skagway and we wanted to watch it get ready to leave. We’ll be on a different ferry headed South on Wednesday. The ferry they took was the Columbia. Here’s a pic of the Columbia at the ferry terminal port: 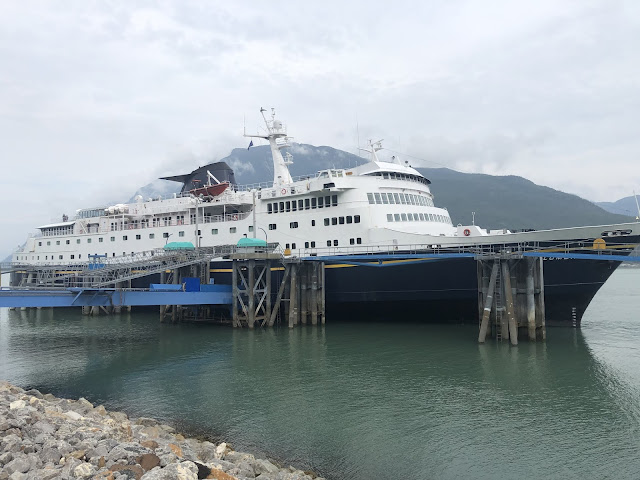 Next we walked to Fort Seward which was an Army base right here in Haines that was started in 1903.  It was built to 1) bring some order to the gold rush days and 2) to establish a military presence when the US and Canada had a border dispute. Here’s a pic of Diana by one of the magnificent hanging baskets on the Fort Seward dock: 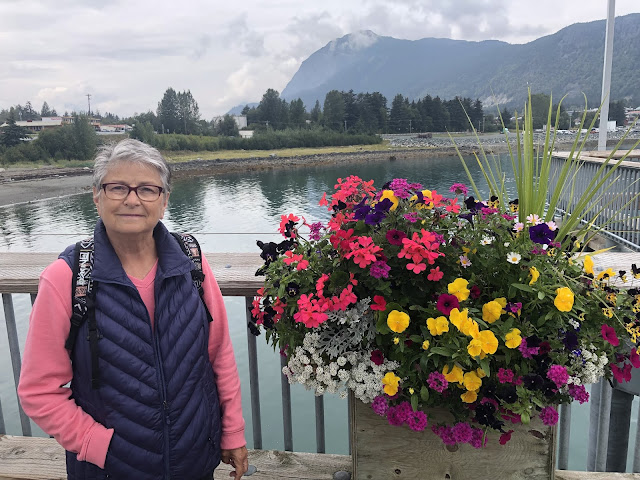 Fort Seward was decommissioned after WW II and purchased by a group of WW II veterans with a dream of starting something new in the wilds of Alaska.

We saw something else odd today on that same dock. This is a picture of the dock railing near where Diana was standing next to the hanging basket. Look closely at the pic below and see if you can see the two tiny Starfish attached to the dock? The question is “How did they get there?” The tides aren’t nearly as high as the dock. Weird huh? 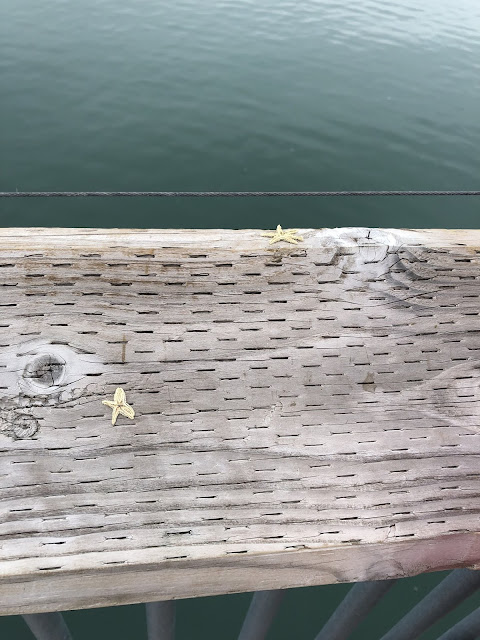 We saw a sign in front of a business that I don’t believe you’ll ever see anywhere in Texas! 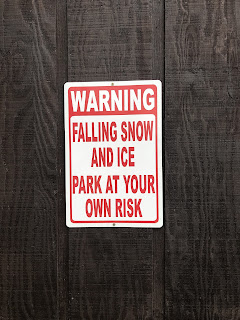