July 18, 2019
Yesterday we took off looking at Alaska and just rested. Isn’t that what retirement is about? Anyway we made up for it today with almost 16 and almost 18,000 steps. Here is a pic of where we stopped and ate a picnic lunch on the way to Portage: 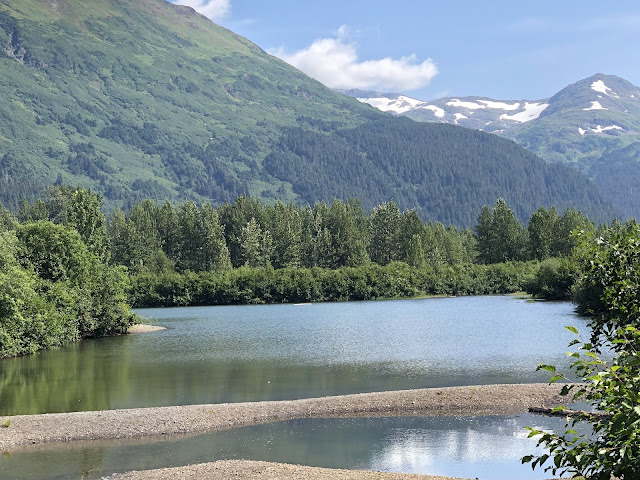 We were driving along the Portage Glacier Highway and saw a sign that said Moose Flats Day Use Area. We glanced at each other and said “Why not?” It’s just a little turnout along the highway but isn’t it beautiful? Then we went to Portage Lake and talked with a Chugach National Forest Ranger about hikes in the area. She steered us to a .9 mile trail called the Byron Glacier Trail. Here’s a pic I took looking up at the glacier: 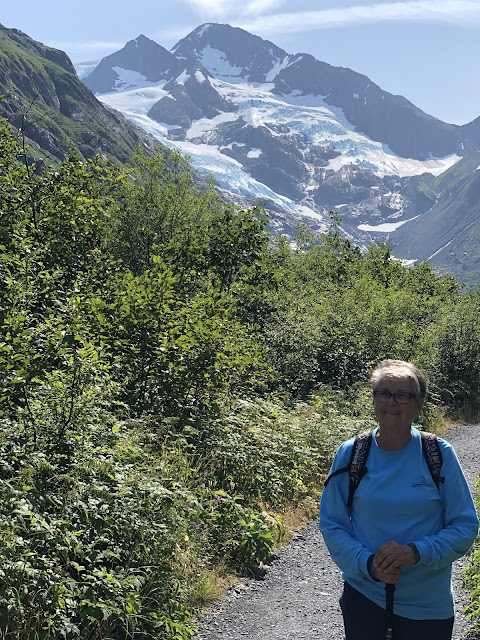 If you enlarge the pic some, you can see the glaciers up in the mountains valleys above Diana’s head. When I look at this pic, the only thing I can see is my beautiful Bride!

We went to Whittier in Prince William Sound next and THAT was an experience! There is only one road going to Whittier and it goes through a tunnel. Okay, what’s so weird about that? Well, it’s the tunnel! The Anton Anderson tunnel is one lane. No, not just one lane for cars and trucks going each way but also for TRAINS going each way. I know this sounds weird but here’s a pic Diana took to prove it! 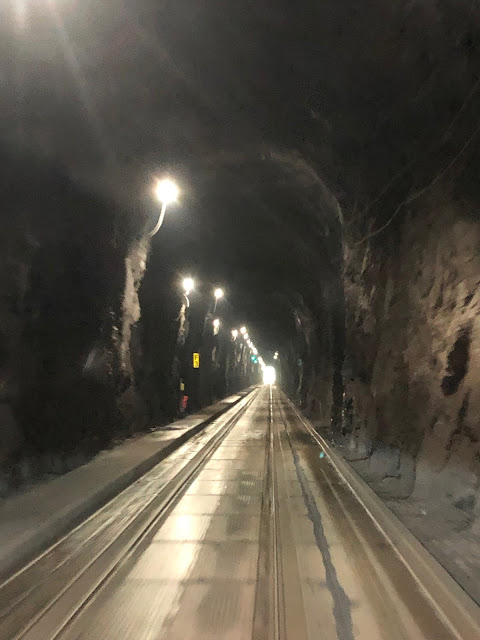 You can see the train tracks running down the middle of the tunnel! Here’s how they work it-cars and trucks going West toward Whittier are “released” to pass through the tunnel on the half-hour: eg- 1:30, 2:30, 3:30, etc while cars and trucks going East toward Portage are “released” on the hours: eg- 1:00, 2:00, 3:00, etc. Trains? They always have the right-of-way! In other words, you’re sitting in the staging area waiting for your “release” time and here comes a train. You WAIT! The tunnel is said to be the longest in North America at 2.5 miles but I’m certain it’s the weirdest tunnel I’ve ever been through!

I’ll tell you one thing about Whittier and the Prince William Sound-It’s beautiful! The water is sparkling blue, snow capped peaks surround it on all sides, and everything is rich green. Here’s a pic I took looking over the sound: 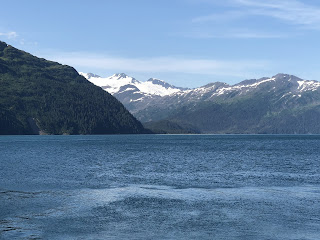