July 11, 2019
I do not fish because I don’t have the patience necessary to sit or stand for hours on end waiting for one fish to bite! We were downtown today looking at Ulu Knives being made and sold and we wandered behind the Zulu Factory and we saw a buncha people gathered around a creek. We HAD to check that out and saw the most extraordinary thing! There were 20-25 people fishing for Salmon! Ship Creek in downtown Anchorage has a King Salmon run from mid-May to July. We were on a pedestrian bridge and we could see schools of Salmon swimming through the clear water. We didn’t see anyone catch a Salmon but we saw one brought to the top of the water and then get off the hook. We could see 20-25 people fishing but this pic only shows a handful of people fishing. Downtown Anchorage! 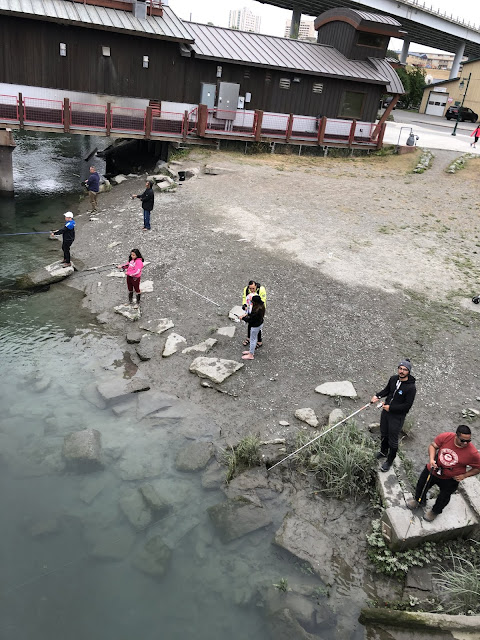 So we leave downtown and head South on the Seward Highway to see a chocolate waterfall! WHAT? Well, here’s the pic to prove it! If you enlarge the pic, you can read that the waterfall is made of 3,400 pounds of real chocolate! 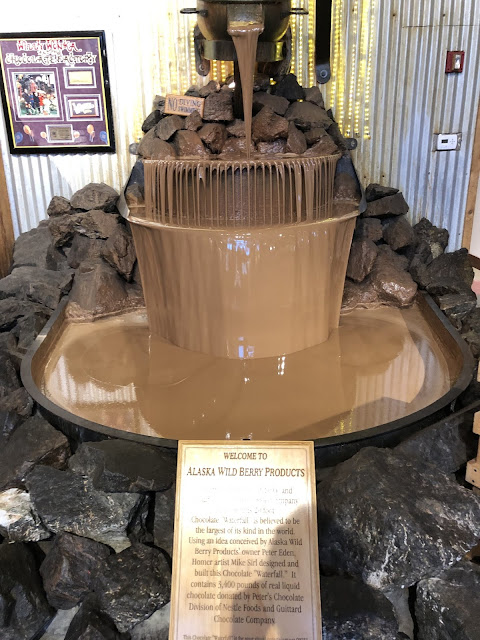 We were reading about Anchorage and some of the facts about wild animals are pretty astounding. Try this: The Anchorage area is home to
The Visitor’s Center has a brochure that describes the best places and times to see moose and bears in the city limits of Anchorage!

Speaking of wild animals, I caught a pic of one posed by a sign! 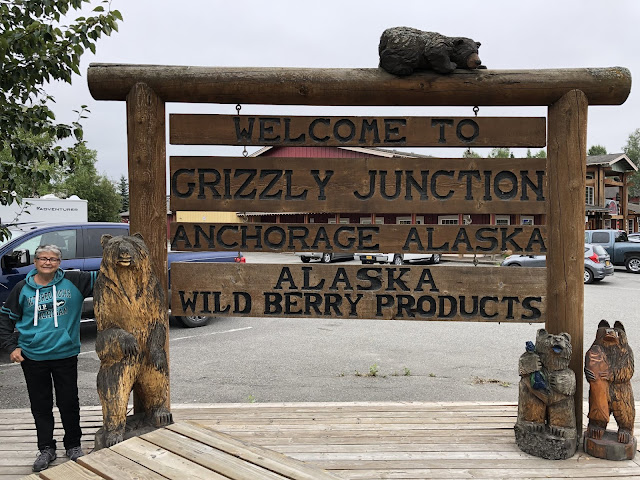 Anchorage is on the Cook Inlet which splits into two “arms,” the Turnagain Arm and the Knik (pronounced KA-NIK) Arm. Today, we saw a restaurant named Turnagain Arm Pit BBQ. We had to look at it for a minute before it hit us!