June 27, 2019
Well, not all three places we went were fun, exciting, or even interesting. ANOTHER library! Without a printer, we have to go to a library every time we have to print something. Pesky ol’ ERS wanted just one more form from us.
The second place we went was LARS-Large Animal Research Station. LARS is a part of the Univ of Alaska at Fairbanks and does research on WHATZAT?

THAT is Cassio the Muskox! LARS does research to better understand Muskoxen. They have about 40 of them and would like to increase their herd size to 60-65. Our guide said they are not domesticated yet and have personalities like people-some are friendly and want to please while others are downright mean and gnarly!

They also have several herds of reindeer/caribou. The guide explained that reindeer come
from Europe and Scandinavia while caribou live mainly in Canada and Alaska. I KNOW we ate a hot dog made from Rudolph’s cousin but they are very gentle and the fur on their horns is incredibly soft. Here’s a couple of pics: 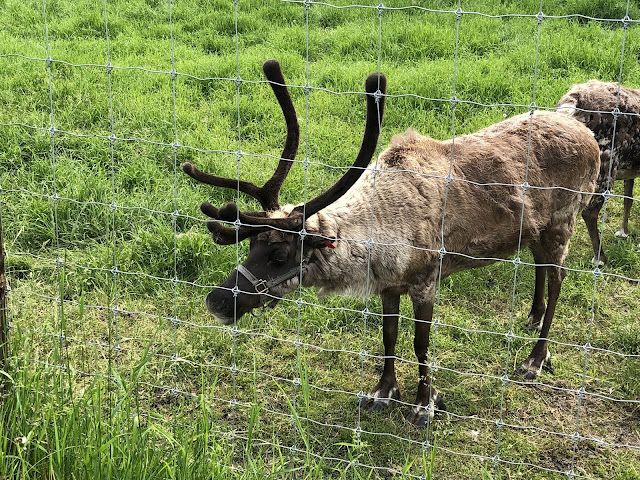 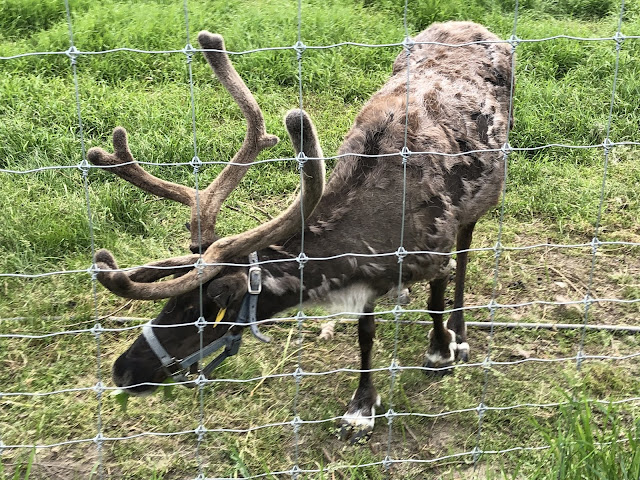 We were walking through the park and met Scar and his Mom Miranda. Scar is a 10 month old Husky-Malamute who weighs 90 pounds! Even as a young male, this pooch was friendly and gentle. Here’s a pic of Scar and Miranda: 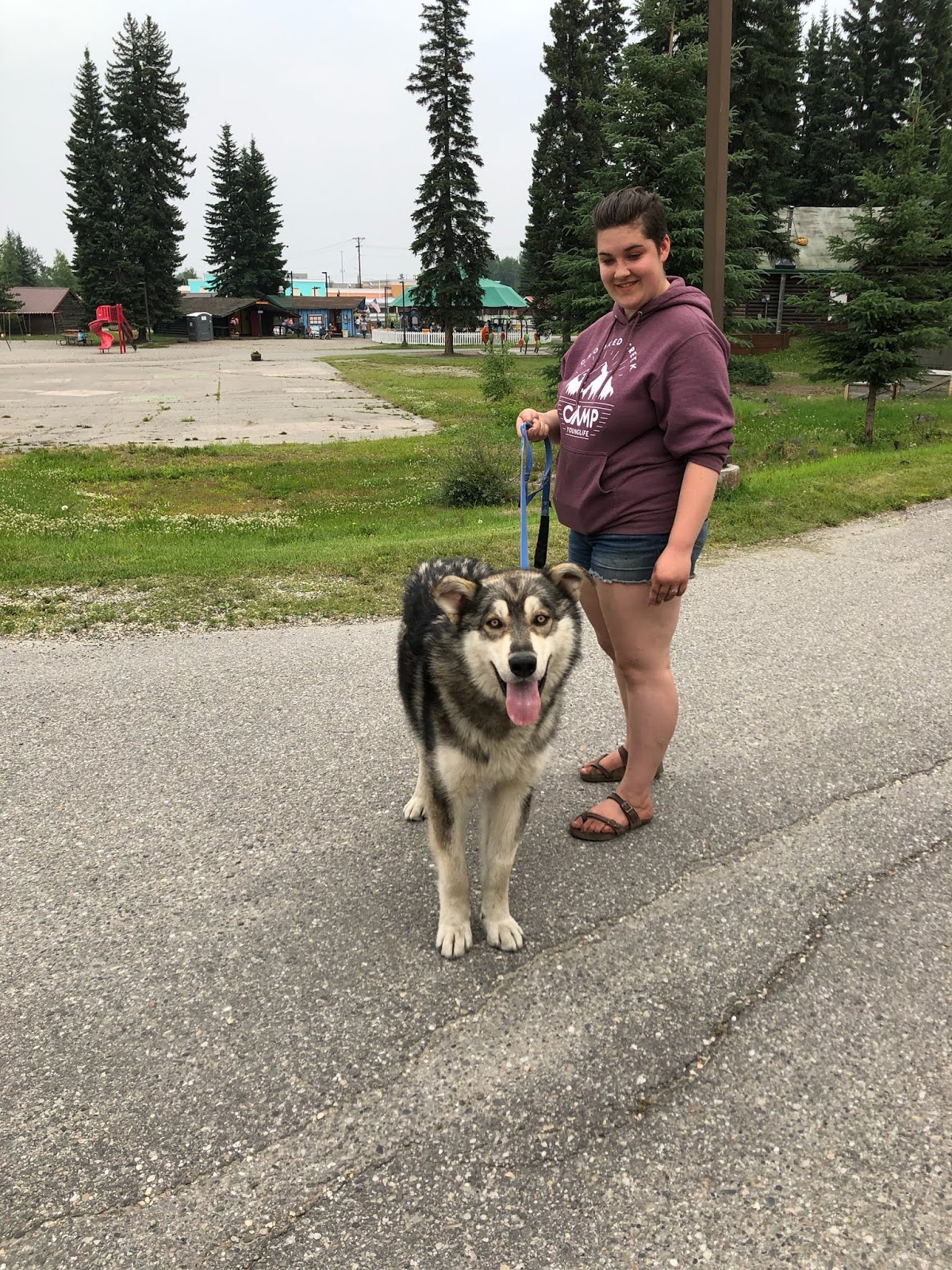 The third and last (!) place we went today was Pioneer Park. It’s a park in Fairbanks that was originally built in 1967 to celebrate Alaska’s Centennial of the USA’s purchase of Alaska from Russia. There’s a lot there but we went mainly to see the Pioneer Museum-about the early development of Alaska and the characters that gave Alaska its hardiness. The next place in Pioneer Park was the Pioneer Air Museum. This focuses on artifacts and aircraft (14 of ‘em!) involved with early flight and those men and women who ventured into the unknown skies of Alaska. There was a large display on the aircraft tragedy that killed both Wiley Post and Will Rogers near Barrow, AK. 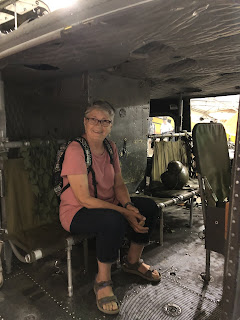