June 30, 2019
Diana got 21,000 steps today on her Fitbit while I only got 18,000-her steps are shorter, aren’t they? We hiked two trails within a couple of miles of the Visitor Center and saw some interesting things. The first was Horseshoe Lake Trail and we saw a massive beaver dam. There were 4-5 smaller dams spread around the lake But the biggest one was 3-4 feet tall and at least 100 feet long! You could see the difference in the water level on the sides of the dam. I tried to take a picture of it but this was the best I could do: 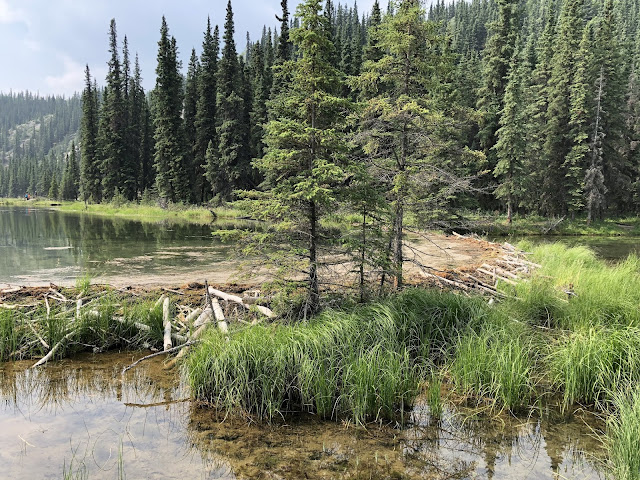 This trail follows the Nenana River for a while and it’s interesting because of its color-GRAY! We’ve seen rivers that are blue, green, clear, and brown. But GRAY? There was a sign that explained the color of the water in the river. It said (?) that the gray water is a sign that the water is glacial melt. Did I forget to mention that there are around 20 glaciers in and around Denali? Anyway, the glaciers move during the late Spring and Summer and the glacier scraping away on the granite of the mountain creates a flour-like dust that flows down the mountain to the river. Makes sense, doesn’t it? The explanation went on to say that the glaciers stop moving in the late Fall through the Winter and the Nenana runs clear then. We noticed that the sand alongside the river was as fine as flour and gray like the river water. I’m guessing it was glacial silt. Whoda thunk it?

Another one of our hikes took us to Riley Creek Campground to catch the McKinley Station Trail. Walking along the edge of a parking lot was Marty Moose having a late afternoon snack of the leaves and flowers. Here’s his pic: 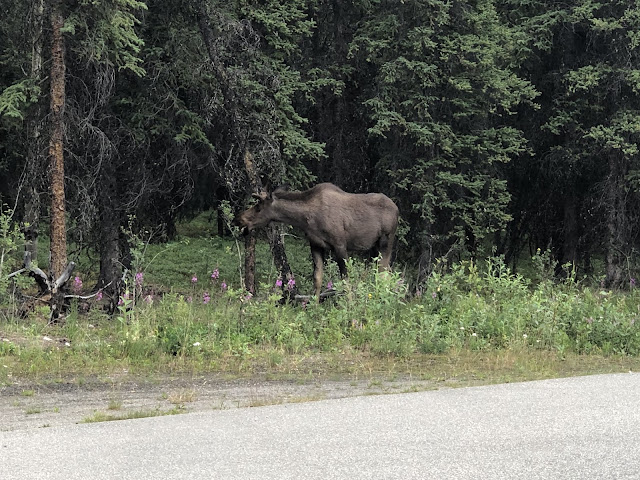 The weather today was nearly perfect! The high temp was 72 so the weather would have been perfect except for about 10 minutes of drizzle late this afternoon. We make sandwiches every morning and try to find a pretty place to eat lunch. Here was the view where we had lunch today: 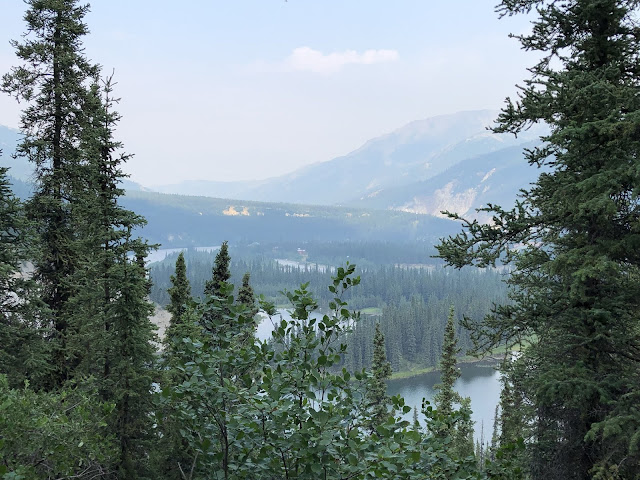