Take a look at this weather report where we are. Actually, no, we aren’t AT the North Pole. We are IN North Pole, AK. It’s almost like a suburb on the East side of Fairbanks. Anyway, the weather report shows the sunrise this morning at 2:56 AM and the sunset at 12:45 AM! Think about that- there is two hours and 11 minutes of  semi darkness each night. I was trying to remember what I learned in Mr McGee’s fifth grade Science at O M Roberts Elementary in Dallas. I want to say this almost full sunlight in the summer and the almost total darkness in the winter is caused by 1) the earth tilting on its axis and 2) the fact that we’re about 200 miles South of the Arctic Circle. Somebody (everybody?) who knows more about this please explain it to me in a comment.

Today we finished the Alaska Highway-All 1,422 miles of it from Dawson Creek, BC through BC and the Yukon Territory to Delta Junction, AK. This little city of North Pole exists mainly to send letters from Santa and Mrs Claus to children all over the world postmarked “North Pole.” Tomorrow we’re going to the Midnight Sun Festival in downtown Fairbanks. It’s held the Sunday closest to the Summer Solstice each year-should be fun. 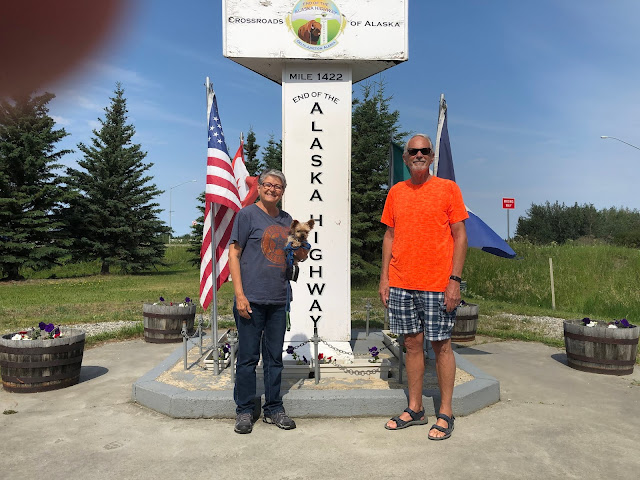 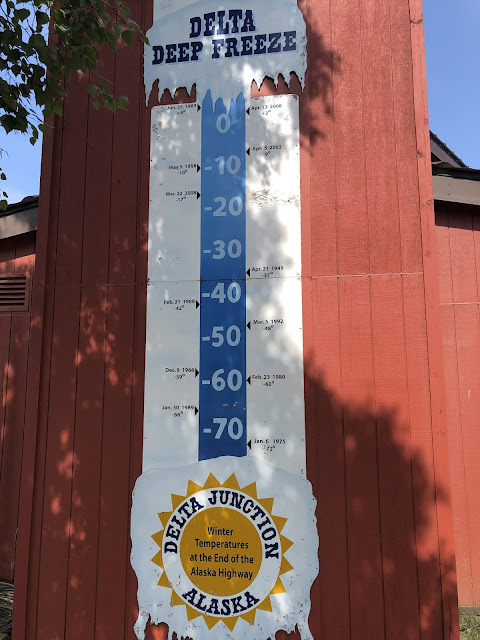 Oh, I almost forgot that Diana took a pic of a moose calf today. It was walking down the highway toward us but ran to the shoulder and jumped over the guardrail. You have to at this pic closely to see it but it’s there! 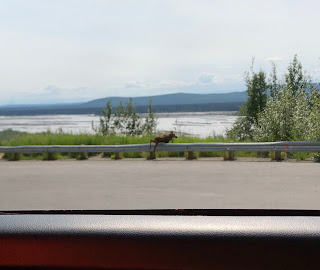