June 15, 2019
We’re in the capital of the Yukon Territory in a city named Whitehorse. After 2-3 days of driving 250-300 miles a day, we decided to spend three days here. Our campsite is way up on “The hill” but it’s as pretty a site as you’ll ever see. Here’s the pic Diana took: 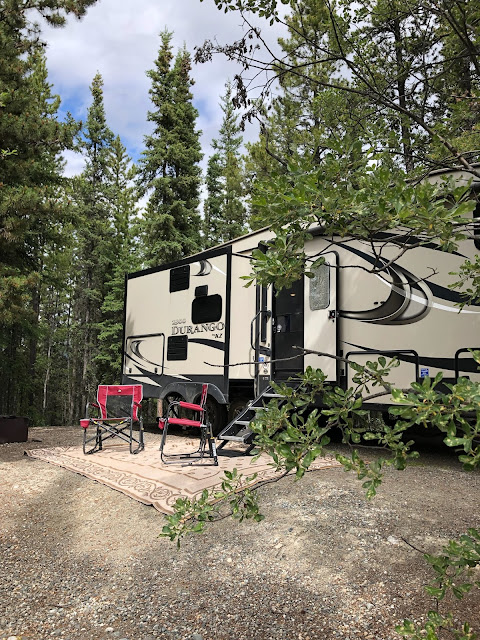 We’re trying to decide if we want to drive down to Skagway tomorrow or wait until on the way back South. There is a bus/train tour from here to Skagway but it’s $144. US per person. I’m thinking the round trip drive would cost $60-70 US in gas so why not save $200?

There aren’t very many turnouts on the Alaska Highway but we stopped in one today. I stood by the side of the truck and took this pic. We’ve been driving over the Canadian Rockies for the past three days and this gives you an idea of the views we’ve had: 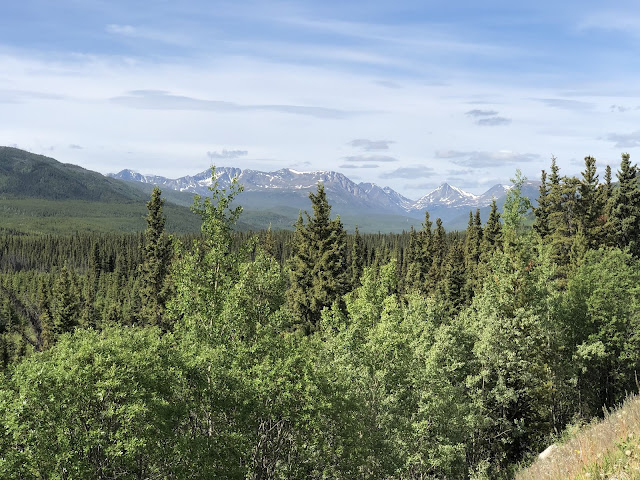 Oh, I forgot to mention two things from yesterday. First, I posted a pic of Muncho Lake and commented on how beautiful it is. I forgot to mention the lack of development around the lake. We did not see ONE structure built around or near the lake. Second, we spent last night in Watson Lake, YT. You’ll never in a million years guess what the town is famous for! There is a “Sign Forest” there with between 90 and 100,000 signs people have posted there. I tried to take a picture but no one pic can show the size of the place and you can’t begin to look at all those signs. Most of them are from people from all over the world who have left a remembrance of their visit. It was begun by an American soldier working on the highway in 1942 and it’s just exploded in size since then. Google Watson Lake Sign Forest and you’ll get an idea of how insane it is. This pic doesn’t do it justice ..... 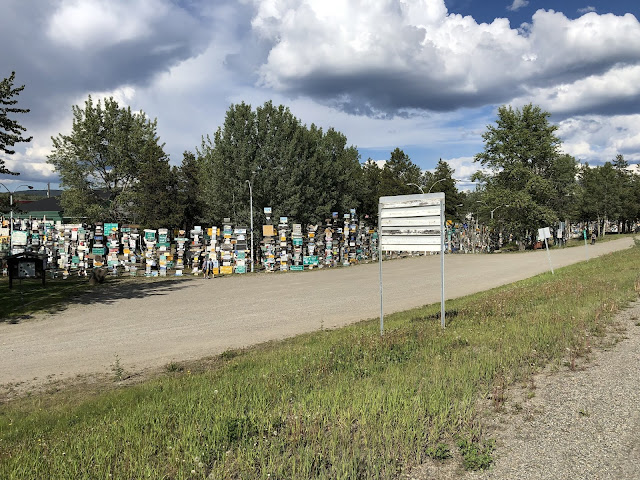